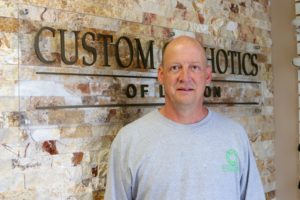 Scott enjoys volunteering his time and traveling to Jamaica for the Paediatrics Orthotics Clinic of Negril. He has an extensive background in fabricating and modifying orthotic devices and specializes in leather work and shoe modifications. With his extensive background and experience Scott excels in mentoring the students of George Brown College on their student work placements.